FORMER PRESIDENT A P J ABDUL KALAM PASSES AWAY. A BIG SALUTE TO THE MISSILE MAN 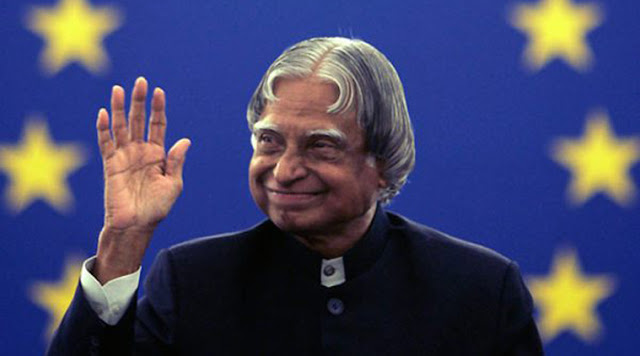 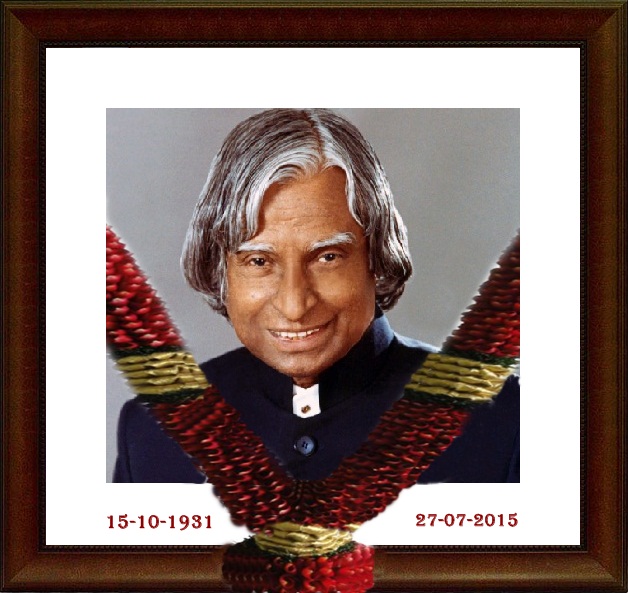 Dr Kalam was born in Rameswaram on October 15, 1931, to a boatman. He played a pivotal role in India's Pokhran-II nuclear test in 1998, the first since the test by India in 1974. He was known as Missile Man India for ensuring the success of Integrated Guided Missile Development Programme (IGMDP). For his achievements, he was awarded the Padma Bhushan, Padma Vibhushan and Bharat Ratna, and then he became the 11th President of India in 2002. He was THE BEST and the ONLY president of India who inspired youth. His life itself is a motivational lesson for the modern youth.

1931 : A.P.J. Abdul Kalam was born on 15th October.
1954: Graduated from Saint Joseph's College, Tiruchirappalli.
1955: Enrolled at the Madras Institute of Technology to study aerospace engineering.
1960: Joined Aeronautical Development Establishment of Defense Research and Development Organization (DRDO) as a chief scientist.
1969: Was transferred to the Indian Space Research Organization (ISRO).
1981 : Honored with Padma Bhushan
1990 : Honored with Padma Vibhushan
1992-1999: Served as the Chief Scientific Adviser to the Prime Minister and the Secretary of Defence Research and Development Organisation.
1997 : Honored with Bharat Ratna
1997 : Honored with Indira Gandhi Award for National Integration
2002-2007: Served as the 11th President of India.
2015 : Passed Away on 27th July.